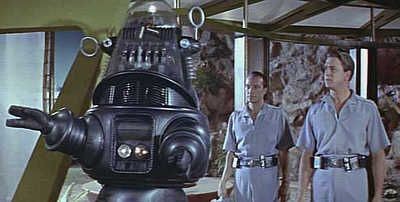 Long before robots like R2-D2 or the Terminator hit the silver screen, a 1956 movie called Forbidden Planet featured a humanoid automaton that, in all likelihood, blew your grandparents’ minds. Robby the Robot might be primitive by today’s movie prop standards, but the three-piece costume is so iconic that it recently sold at a Bonhams auction in New York for a staggering $5,375,000.
https://gizmodo.com/one-of-the-most-famous-movie-robots-of-all-time-just-so-1820676797
4515 Hits
1 Comment
Tags:
Commentary Robots FromTwitter
Facebook Twitter LinkedIn Pinterest Reddit
Recent comment in this post
Guest
Good, keep it up
Tuesday, 02 April 2019 14:07
4515 Hits
1 Comment