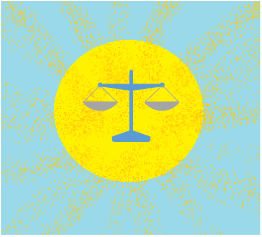 One does not usually hear the words 'Freedom of Choice' and then think electricity, unless you are living in the Sunshine State.  In Florida, there is a state law that only allows electricity sales from investor owned public utilities.  This has put a damper on solar or other alternative energy sources from small startups from even getting out of the gate.  Florida homeowners who want to install solar systems are usually still attached to the grid, and must install a meter to do so.  Most of us have heard of homeowners with large solar arrays who 'make the meter run backwards'.  In other words, they are selling the excess electricity they generate back to the utility.  Still, the utility is in control of the process; the homeowner-producer is breaking the law if they try to sell the excess electricity to their next door neighbor.  The homeowner produced it, so why can't they sell it to whoever they choose?  What if a startup solar farm wants to sell to just one small neighborhood, or the perhaps the neighborhood wants to form a small co-op to create power? As long as they play by the same environmental rules that the big utilities do, why not?

Most alternative energy intiatives have started from some of the larger utilities, but not had a lot of traction.  Since the biggest barrier to solar is the startup cost, why would even a well financed large utility spend a lot on such an initiative when there are plentiful low cost alternatives that are already well embedeed (coal, oil, natural gas, hydro-electric, etc.).  The large utilities in Florida spend a lot on lobbyists to ensure this system stays the way it is, and why wouldn't they?  Imagine that you are a widget maker, and a competitor convinces your state's legislature that you must now start using a different method to construct your widgets, but it causes your production costs to double.  I can't really fault the producers here - the state law now favors their system.

Instead of railing against the utlities, why not change the law?  There is one group trying to do just that.  Floridians for Solar Choice is attempting to get enough petition signatures to place an amendment on the Florida constitution, that would allow homeowners this freedom of choice.  It should be cautioned that as of this writing, there is no ballot language available yet.  The backers of this initiative believe solar powered generation systems can be installed on a homeowners roof, and the electricity be sold to the homeowner by the insaller.  This would eliminate the startup cost of the system for the homeowner, and therefore allow more widespread adoption.  The site only talks about solar panel installations on homes or businesses, so it isn't clear yet whether this could work for non site generated power in addition.  I just think it is a good chance for Foridians to jumpstart anternative power generation methods.  Another concern might be that upon passing, the utilities would lobby for not being required to puchase excess power from homeowners.  That is a risk I would be willing to take.

There are other political barriers to this initiative.  Many amendments to the state constitutuion fail due to many voters beliving that this is not the sort of thing that constitution amendments should deal with.  Other popular amendments have failed for this reason.  In Florida, amendments to the state's constitution require a 60% majority to win.  That is going to require a lot of well funded public education on the topic, all while well financed public utility companies will likely run ads counter to this initiative.

I'm looking forward to seeing the language of the proposed amendment; it could soon be a sunnier day for solar energy in Florida.

Freedom is right of us and everyone want to live like this way. However we can join this service to take the ideas for give the public. Government should give the right of them.