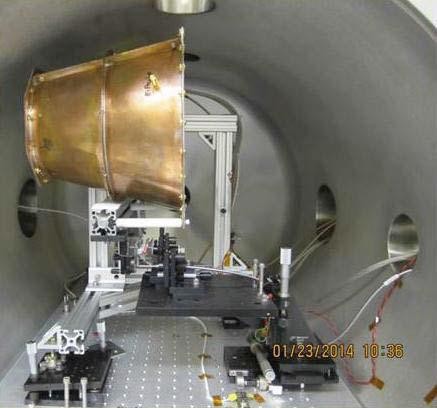 There is a certain amount of skepticism that is healthy in the science community. OK, usually there is a whole lot of skepticism, but many would argue it is still healthy. So, when an invention comes along that has claims that seem too good to be true, the skeptics pile on. Cold fusion anyone?  On November 17, 2016, a NASA team has seemingly validated some claims on a revolutionary new concept they call the EM Drive.  Some have been calling it the "Impossible Engine", claiming that for it to actually work, we would have to rewrite the laws of physics as we accept them today.

The concept of the engine seems remarkably simple - a sort of a bell shaped resonance chamber or cavity reflects microwave energy from an emmiter, and as it resonates throughout this chamber the microwave radiation provides thrust; a very small amount, but thrust nonetheless.  A typical engine uses fuel and the reaction by-products ejected, to produce the thrust.  The EM Drive is known as a reaction-less drive, because no fuel is consumed.  In space, one has to bring along all the fuel one needs, while dealing with all that mass.  Not so, with the EM Drive.  This is just one step of many in testing this concept and completely validating the results, but it appears to show promise.  Keep in mind, there is an energy burden in creating those microwaves, but it sure beats literally hauling tons of fuel into space to be converted into thrust.

For a primer on reaction-less drives, and their history, see this Wikipedia article.  Also, National Geographic has done a great job explaining this concept and the latest independent test.  See their article here.

If this plays out and is validated, it just may pave the way of relatively low cost and higher speed space travel for the longer haul trips.

Back To The Future?